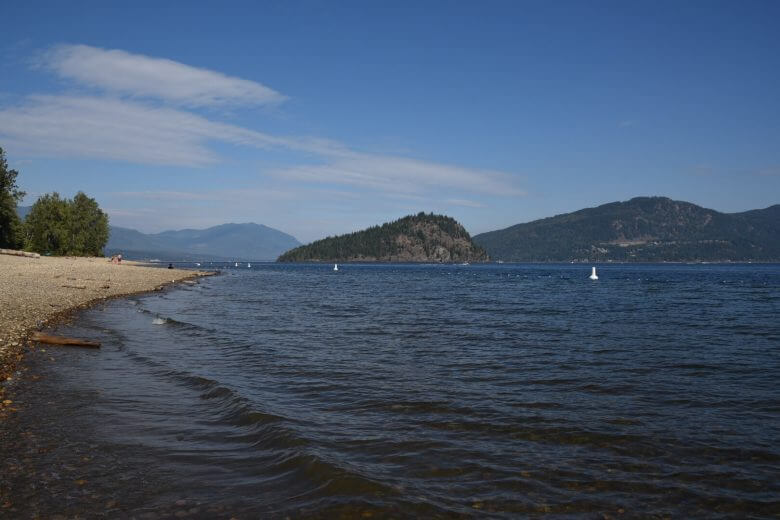 Writing the last few days has become a challenge. We are camping and somehow I believed the alone time would spur some ideas and the writing would sprout from me like new growth from ripe potatoes. I’ve brought along a book I picked up in Spokane titled “Writing Voice” and in it, like in other books I’ve read, it says “Just Write”. The ideas will come they say.

I actually know this to be true. I have seen the concept in action and have been a party to it. The idea is simple, put a few words – any words really – on paper and continue the process until the creativity attacks you and you begin to spew words like there’s no tomorrow. Once you open the channel to the flow, or get into the zone, it’s amazing what can happen.

As I mentioned we are camping. Our current place of residence is Shuswap Provincial Park, site 104 if you care to visit. Unlikely that will occur thought, at this time I don’t think anyone outside of me actually reads this and even if you did the odds would be extremely high that you’d live near enough to drop in. Wouldn’t that be a hoot. It happens of course to the likes of “Nomadic Fanatic”, or to the “Depreys”, both YouTube channel owners I follow religiously. They often bump into fans. I have no fans, Boo Hoo, woe is me….

We got to Shuswap yesterday the 31st of August. It’s hard to believe it’s Sept. now but that’s what happens to time, it passes. Tomorrow is our Anniversary, and my sister’s Birthday. 39 years for us, and 53? for her. Alternatively, she was born in 1964 so you can do the math.

We are alone finally, sans g-kids. We came from Herald Provincial Park where we arrived on Sunday. We went to Herald packing, 1 grandchild in tow. Ivy was our sole passenger that trip. Mom, Dad, and Madden arrived Tuesday afternoon. They all left Wednesday, late morning.

I enjoy the alone, perhaps thrive on it is more accurate. The psychological testing I’ve done (job related) confirms I’m a hard-core Introvert. When I feel the need for people I go out in public, to the store, or in this case I just walked to the beach. That’s where I started this post in fact, at the beach. Thought it might inspire me in some way. All it did was inspire my sweat glands as even sitting primarily in the shade I broke out with a ‘glow’. Once that happened the tiny little flies came hunting and I felt all itchy and crawly. It spurred my return to our campsite. Besides, the beer I brought to the beach was gone and I had to re-load.

Seems I have to do that too frequently, re-load. My alcohol consumption has risen significantly in the last 6 months to a year. I’m honestly concerned at times and have often thought of quitting completely. That may be an overreaction, and it may not. I’d love to say I’ll just cut back but I’m not sure that’s realistic. Am I an alcoholic? I don’t believe so. Do I have a strong desire to drink 2-3 beer in the afternoon? Most definitely, yes. Anything that has that strong a pull cannot be a good thing.

Alcoholism runs in my family, in my wife’s too come to think of it. My Maternal Grandfather was an alcoholic and while he stopped drinking later in life it took it’s toll in the meantime. It essentially destroyed his family, messed up his kids, and contributed to his son’s alcoholism I’m sure (killed him). Bottom line, it’s not something I want to mess with.

So, I drink too much and I can’t write. That just means I’m not Ernest Hemingway. Didn’t he have a drinking problem, or Truman Capote. If I keep it up at least I’ll be in good company but that doesn’t work for me. I’ll attempt to moderate my alcohol intake and “Just Write”. Kill two birds with one stone. 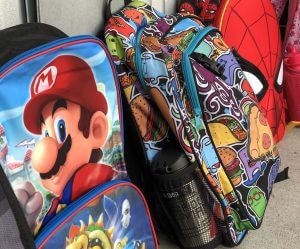 Back for a Good Time, Not a Long Time