Where do I begin?

It was an eventful day yesterday, running the gamut from dealing with Dad’s care, to full-on socializing, and being on the listening end of a full on bitch session regarding work.  By the end I felt beat-up and somewhat overwhelmed.

Dads doctor called in the afternoon, the results had come back from his blood work and his INR (International Normalized Ratio) was too low.  Essentially the INR is a measurement of the effectiveness of blood thinning drugs, in this case Warfarin.  If I understand correctly the low results indicate his blood has a slightly lower ability to clot.  In itself not too serious but the potential is there if left unmonitored or treated.  So between the doctors office and myself we got his dosage increased for a couple days and a further blood test this Friday.  The bus at the home will take him down to the blood clinic and he can get re-checked.  I have to say I’m a bit sceptical of this process, the whole “let him take the bus” routine, I see it having the potential for him either getting lost or missing the bus back, something that will require extra attention.  Call me a cynic, I just don’t feel all warm and fuzzy about it. 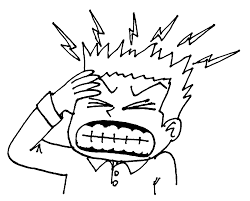 Next phase was visiting with Bruce, who was in town to do his service, so we were able to sit and have a couple scotches before going to dinner.  Unfortunately we didn’t get to commiserate as long as I’d hoped, nor about more interesting topics as Wally came with us and while he is generally fine to be with today he wasn’t so much.

He must’ve been feeling especially frustrated because when he began talking about work and how things were going the torrent of verbal distress came forth.  It pretty much dominated the conversation after that and by the time dinner was over I felt anxious and depressed.  Doesn’t really have a lot to do with me directly but Wally was hired to replace me and he’s having some challenges on the job himself.  Personal reasons have driven him to hand in his notice and he only has another week or so before he leaves.  I’m sure the work issues have impacted his decision in no small way as well, end result is he’s going after being there only a year or so, and no replacement has been selected that I know.

Bottom line when I got home I disgorged to Mo somewhat myself, poor thing.  I’m having some challenges getting my head around all the issues, both personal and work.  I’m sure it will come together, it’ll just take some time.

Back for a Good Time, Not a Long Time