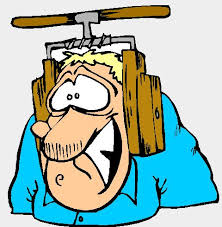 It has been a long few days, maybe closer to weeks by now since we started moving Dad.  Even the prior days/weeks I have been arranging doctors and trying to get finances and tax info straightened around, closing accounts and setting up new Doctors and Opticians.  It all took place since Friday 9th.  The culmination was over the last 4 days with his move into an Assisted Living facility in Trail.

He seems like he will really like it there, the smell of flowers in the air, the lawns, the friendly staff and maybe the novelty of the move itself.  He was exhausted when I took him home last night to spend his first night in his new abode.  I could see the strain on his face, watched him drag his feet and stumble down the hall, even with the help of his walker.  I don’t want to do this again he told me, I think I want to stay here.  We’ll see I thought, let’s wait until you’ve settled a bit then maybe another move closer to us won’t be such a strain.  Maybe he won’t make it until then, who knows.

On the drive to the coast to pick him up I had some time for some thinking, mostly about my stress level and how I was reacting to the whole event.  I pondered some of the articles and passages of books I’ve read lately, about intensity and what it means.  For me, at that time, intensity meant an infux of sensory data, a berating of my consciousness by the sights and sounds of the drive.  By the thoughts and memories I had of the past few weeks.  The mental drain.  Calgon take me away.

I felt like I was hyperaware of the sounds and noises mostly, lesser so to the visual stimuli.  The din of traffic, the thrum of the tires on the road and the throb of the engine were somewhat draining, that and sometimes the conversation inside the cab overloaded me as well.  I became conscious of “Intensity”, at least my definition at the time.  Was this all because of the past number of days events?  Or was i just more aware of what my body was telling me?  Perhaps a little of both.